"What I remember most is how I was overdressed. We were all in our wool suits and it was a hot day." 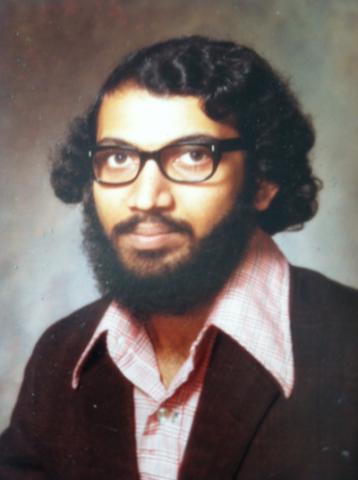 
What I remember more than arriving in the US... the journey on the way is what I remember the most, simply because it was so unique. Those days you could break your journey in two cities on the way at the airline's expense. They put you up at a hotel and gave you vouchers for food and a tour of the city and stuff like that. My break was in Paris and Frankfurt. I was coming by Lufthansa. Since I had learned French in college I thought that I would be okay in Paris, and the funny thing was how my French was totally useless. (Laughs) Even though I was flying Lufthansa I had this one segment that was Paris to London by Air India and trying to convince the cabbie to drop me off at Air India with a Lufthansa coupon was when I learned how useless my French was, because he wouldn't believe me at all. He said, "Why are you going to Air India on a Lufthansa voucher?" But anyway, I arrived in Philadelphia. There was no traveler's aid person to meet me as I thought would be. There was another graduate student going to Penn State and I don't remember exactly how the decision was made, but we ended up at the Y for the overnight stay and then the next day we took a bus to State College.

Arriving there we were met by a group of people who were looking out for international students arriving. What I remember most is how I was overdressed. We were all in our wool suits and it was a hot day. Also, how I was kind of suspicious of these people because they told us, "You can go on ahead." They drove us to the International Students' Center and they promised to bring our suitcases afterwards. (Laughs) So I was a little suspicious, like "Oh my goodness, am I ever going to see my suitcase again?"