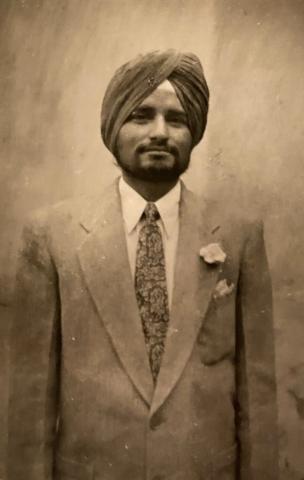 Could you describe your first day in the U.S.?

Ok… I would say that my first day in America actually happened in three stages. First, I flew to Hong Kong and after a week, I took a ship, American President Lines Symphony Line, and that takes 17 days. So, my first exposure to the American culture was on the ship.

The first day I couldn’t believe the amount of food that was served at the tables for us. And then at the end of the meals, it was lunchtime actually, the leftovers were all thrown away! I said, oh my god, what a wasteful thing. That showed the abundance of America. So that was my first exposure to the American culture.

Then after several days, we arrived at Honolulu, Hawaii. That was very interesting. We stayed there all day, the ship arrived early in the morning and was there until late evening. So we went around, saw the Diamond Head Waikiki beach and I saw Hula dancers. They were really local Hawaiian people with banana leaves around their waists. I saw the beach, the aquarium, and we went a bit around on the inland of the island.

So after that, we took the ship, and then I landed on the mainland US at San Francisco. I had known a student, I would call a friend. He had graduated from the Agriculture University in Punjab, where I graduated, but he was two years ahead. But away from your home, even an acquaintance like that is a big help. So he was there to receive me at the port. He took me around, we went to see Golden Gate Bridge and Golden Gate Park. Those I remember, those two things especially and also San Francisco’s Chinatown. It was very interesting to see. So I got a little bit exposure to that.

So then after three days, I took a train to Corvallis, Oregon [for my studies].

Were you nervous to come to the US or excited?

No, I was very excited because I was looking forward to improving my life, gaining education and getting ahead at life. At that point, I had no plans about staying in US or Canada. The plan was to go back. But as you stay around, things change. I wasn’t nervous at all.

What were the biggest cultural differences you experienced in your first days?

Everything looked so strange to me, so different from India of that day. Food was different but I could eat, I could drink. It certainly was not [the food I would have wanted to eat] right away because I ate all the time Indian food, Daal and Chapatis.

For the breakfast, it was cereal, maybe cheerios with a glass of orange juice. At lunchtime we had hamburgers. That was the first time I ever ate a hamburger. In the evening we had chicken and potatoes and I believe green beans. And I had to eat with fork and knife. Most of the time at home we just ate by hand. That was also strange.

More than anything else it was a culture shock. Everything was so different. We dropped in a grocery store, all things were nicely set up whereas back home they used to be out, you know the farmers would be bringing. That was another interesting difference.

And nobody [at college] could believe that I could come leaving my wife and six-month-old baby because education was so important for me. And my wife understand what it meant.