"My expectations were actually that America is pretty small compared to say, Russia. So everything would be smaller size and like not so many open spaces." 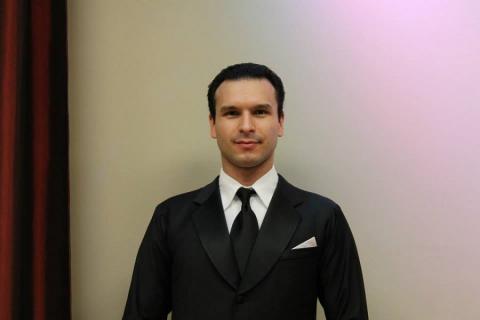 
I came to America to see if I have an opportunity to have a dance career or a teaching career here.

So I came on December 28th, which was winter. It was actually pretty nice day. I came around 10 P.M. in the evening, so it was dark. But it was lights, which was very, very cool. Especially when you’re driving from the Sea-Tac airport to Everett, north on the I-5. Lights of the Seattle downtown was… that was cool.

Well actually, the first ever place I went was the studio I was going to be working for. Big and spacious and very interesting to see it in real life since I had a chance to see it actually on the video before.

My expectations were actually that America is pretty small compared to say, Russia. So everything would be smaller size and like not so many open spaces. So green stuff such as grass and trees and bushes and all that, was actually wrong.

When I first time stepped out of the plane, the first thing probably I noticed was that a lot of people are sitting on the floor, if it was a carpet or just cement without thinking that actually it could be dirty.

And another thing that was very surprising for me about Americans is that they eat with the huge, enormous portions of any kind of food on any kind of day.