First Days Project
This is the story of my first day.*
"He looked at the redness in my eyes and he said, 'Sometimes we have to leave things behind.'" 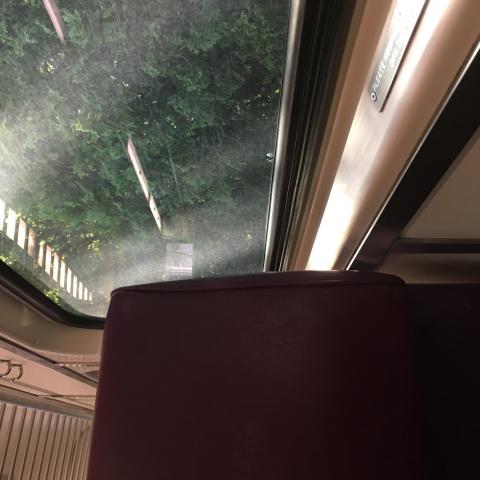 Sometimes We Have to Leave Things Behind

"What's your name?" Simplest answer "Xin.X,I,N.". Everyone complimented on my name because they thought it was cool. They told me that there were only a few English words which started with the letter X. Not only my name was special, also I was the only Chinese girl in my high school. When I think back, I feel like my first day is still right before my eyes. It is so vivid, so authentic, bit it is illusory as well.

My plane landed at JFK airport, New York. The first feeling I had was that I was not like the people surrounding me. They hugged their family, they were line up at the McDonald's, they were so happy to be home. However, I held my Chinese passport and looked out of windows at the airport. The streetlights were blinking at me. I saw them as if the stars appeared but after a while they disappeared. When I smelled the fast food, I finally made a connection that my feet were actually on top of another country, a country I often saw on TV or on my laptop when I was watching Gossip Girls.

Suddenly, a voice dragged me back to reality. He was a tough guy in a navy uniform with a gun in the pocket. He said, "What are you doing here, kiddo?" I was terrified as my English was limited. My voice was shaky, "Waiting." I was waiting to sign my immigration document. "Well, You are not supposed to stand here." he said. Then I slowly moved my feet in a crab motion and I settled in a corner. Soon, It was my turn to sign the paper. I remember it was in a small room. Everyone tried to squeeze into a seat. I was the lucky one. It only took me about thirty minutes to complete the process. I signed and fingerprinted a pile of paper. Later on, an office said, "Welcome to the United States.". I smiled with no emotion. I went to pick up my three luggage. There were all on the floor. I used all my strength to place them on the cart but they fell twice while I pushed the cart to the gate.

I was sweating after my intense exercise. I did not have a SIM card with me at that time. So I could not contact my dad. I needed to wait for my dad to find me. After another thirty minutes my dad came to pick me up. He looked at the redness in my eyes and he said, "Sometimes we have to leave things behind." He understood me, because he knew that I was not happy to be in the United States. We had a conversation on the way back to the new house. He explained to me, we had to leave things behind because there were so many more things we needed to achieve. Friendship was only a part of our life.

I left China after I graduated from middle school. Friendship meant everything to me. It was such a tragedy for me that I needed to leave my friends behind. I was complaining with my parents a lot, because I did not agree with this immigration decision. They thought it was a good idea for me to have a better education and I would be able to experience the difference between cultures. Luckily, my friends and me still keep in touch, our friendship was unbreakable. This made me feel much better and I started to think about my life in the United States because I believed in my dad, "Sometimes we have to leave things behind, friendship was only a part of our life."

I settled down with my parents in our new house at a little town. The beauty of this town definitely changed my mood. I am no longer sad because I made so many new friends and we still hang out. The stars are no longer blinking at me, I saw them shine and bright. I am at college now and trying to accomplish my goals. I am slowly working my way up. I enjoy living in the United States. This immigration decision is definitely a wonderful journey in my life.