"And at that point that was his goal... he wanted to get to Cincinnati, Ohio!" 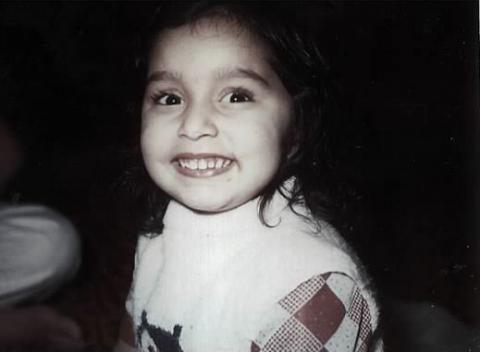 
My father actually came about a year to a year and a half before we arrived because he was securing his job and securing where we would be living. So it was my mother, my elder brother and I who did come. Coming, of course, on the airplane, my mother still recounts how it was a load for her. It was a wonderful situation, but my brother was next to her, I was on her lap, she was handling all the luggage and she came. And it was just stunning to her how when we literally exited the plane, immediately we were shuffled over to get our green cards. And to know how challenging it is now to get those green cards. The United States has always been a very welcoming and wonderful place for immigrants, but at that time how much... easier it was to arrive. As I mentioned, I was such a small child when we came here. We went into some apartments in Pittsburgh and it was just a complete experience for them living in this kind of setting. It was overwhelming and wonderful at the same time for everyone.

Q: Have your parents told you about why they actually decided to come to the U.S.?
Yeah, it's actually pretty funny. How they first came is my father was watching a movie. It was when he was a single man. And for some reason in that particular movie he was seeing... I don't know if you'd call it a preview or not, but it would be equivalent to what we see as previews here... for some reason in that particular movie they showed a still photo of Fountain Square which is in Downtown Cincinnati, Ohio. And at that point that was his goal... he wanted to get to Cincinnati, Ohio!

So we went to Pittsburgh when I was two. That's where my father first got a job and where he decided to start in the U.S. He was a Russian-English interpreter because he was fluent in Russian. As we were living there he was looking for a job in engineering in Cincinnati. He was finally able to get that job when I was five and that's when we moved over. But he felt that, of course, like so many of that generation, the superior education of the time... that was the purpose of why they came. And my father always, from day one, was a deep believer in meritocracy. So he felt that it would be a country... and India has this as well... but he felt the United States truly was a place where our accomplishments would be based on how hard we're working. My father was very much a believer in what this country could do for us.

This one actually very cute story I still remember is how when we did come to the United States... and I heard this all through my childhood... how it was just utterly stunning to my father how you could get a complete meal for $2.50 or 3 dollars at McDonalds. And I remember hearing that all growing up, like "this country is so amazing!" And it wasn't necessarily based on, like, "look at the electoral system..." it was more like "you can get a meal for 2 dollars!!!" So those were some of the cute stories I heard initially.Hear more from Shefali about how she developed an interest in politics at an early age: here