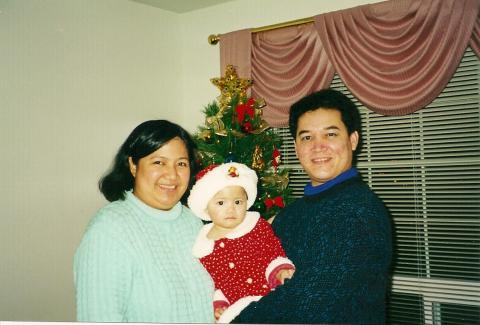 
Arnold Pasia described the feeling of landing in the U.S. as if he was opening a gift. However, he initially did not want to immigrate to the U.S. In the Philippines, he had a Master’s degree, a stable government job, and a child on the way. However, he realized that immigrating to the U.S. would provide better opportunities for his daughter.

Although he earned a Master’s degree in economics, he first worked as a customer service agent at United Airlines, where most of his coworkers only graduated high school. While immigrating to the U.S. was a big change for Arnold, he worked hard to establish a life in Seattle. Looking back on his journey, Arnold is very glad he made the decision to move, and how he was better able to provide for his now-grown daughter.


The feeling was like opening a gift, and you don’t know what it is, but you know it’s wonderful. My name is Arnold Pasia. I immigrated here sometime in 1998, from the Philippines. The flight is…[Laughs] I don’t know how I survived the flight, because, I believe it was 24 hours. From Manila, we had a short stopover in Tokyo, Japan. We flew from Tokyo to Seattle, and that’s where we landed, in Seattle, Washington. I believe it was in McDonald’s. My father-in-law was the one ahead of me. In the Philippines, McDonald’s has a competitor with the same kind of restaurant, and it’s called Jollibee. In the Philippines, they offered spaghetti. McDonald’s offered spaghetti too. When we came down here, my father-in-law, when he was asked what does he want, he said “Spaghetti,” and then the cashier is like, “What?” [Laughs] There’s a culture difference between [the] Philippines and the United States, especially in Seattle. You come to the reality that it’s not perfect at all, because when you think of America, “land of honey and opportunity” and again, [you think] everything is good, but it’s not. I got a degree, a Master’s degree and when I applied for jobs, I think most of the companies didn’t recognize that. I worked as customer service at United Airlines, and I remember I was there, and many of my colleagues working there are just high school graduates, I was like okay, but I have to go through with this, and eventually, make the most of the opportunities. Overall, this is a very good country to be in, and I’m so happy I made that decision to come down here and that my wife urged me to come down here an show me that it’s not just me, it’s my family and my wife and my daughter are in very good hands now.