"I really wanted to go back for the first five years that I came to the States, but now I like it a lot better." 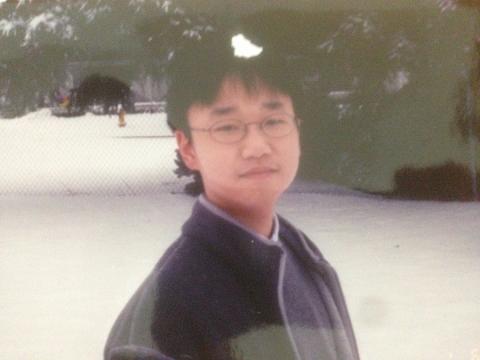 
Well, right from the airport I know that it was raining and my aunt picked me up because we didn’t have a house. So we lived in our aunts for a while. It was really shocking that it was raining in December because that never happened in Korea it always snowed.

My first day in school I was put in fifth grade once I got to America and I really didn’t understand any English at that time but I was seated in the back of the class. I really liked to socialize with people so I just picked a person and just basically like said all the English that I know that I learned from Korea which was “How are you? My name is Shinwoo.” Basically I said that and I remember that guy gave me a really weird look and then I was like “whatever” and then I sat back down. Throughout the whole school day, um, all the subjects didn’t make any sense to me because it was all in English but math I could still do which was really weird.

I really wanted to go back for the first five years that I came to the States, but now I like it a lot better. I guess I grew to like the culture.

There was a family of like 10 in front of my aunt’s house and it was these two parents that had three of them were their own kids and they adopted the rest basically. One of the kids that lived with that family was also in my same grade as me and his name was Samuel. He invited me over to his family’s house and I basically like saw all the things that were going on and the biggest shock was that each kid was there doing their own chores ‘cause usually in Korea, like, parents will do everything for their kids. And, you know, just everybody was just pulling their own weight so that was really shocking.