First Days Project
My name is Serxho Mehilli.
"I have a feeling that I am going to have some amazing experiences while staying and studying in the Salem State University." 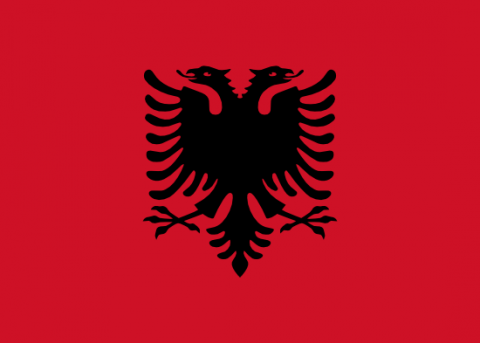 I was 18 when I came to study in America. I was really excited and could not wait to see how it is to live in the USA. The journey was very long but I didn’t notice. I think that was because I was excited.

When I landed, I saw that Boston was different than my country. You can see that from the environment. For one, the roads here are a lot bigger and there are so many trees. Which is a very good thing because we all know that trees are better for the environment. While in Albania is the complete opposite. Because a town that is surrounded by greenery will be less polluted than a town without any greenery.

That is not the only difference that I noticed. Another one is about the houses. In Salem I saw that all of people have their own house, with big yards etc. But in Albania most of the people live in apartment complexes or apartment buildings. They do not have their own big house but live in small apartments.

The other thing that Boston and Albania do not have in common is food. For example in Albania the people are mostly skinny, while in the U.S people are more fat. Maybe that has to do with the big food portions. In America the food portions are bigger than in Albania.

These are the only differences that I have found up until now. To be honest I am enjoying living here. Even though it was a little hard at the beginning. But I am getting used to the American lifestyle every single day.

Another thing that I really liked was that the university had organized a international orientation guide. That was before school started. I can say that helped me a lot. Since I was new and didn’t know how things worked. But it was really helpful. Not only did I learn about the basic things during orientation but I also made new friends that were also experiencing the same thing as me. They were international students too.

I know that I have not been here long but up to now I am enjoying living here. It took some time to get used to how the university functions but everything is going very well. I have made friends. The classes that I am taking are interesting. I have a feeling that I am going to have some amazing experiences while staying and studying in the Salem State University. And I am also going to make friends who are not only going to be Americans but also students that are from other countries. But the most important thing is that at the end of my fourth year I am going to get my business degree.