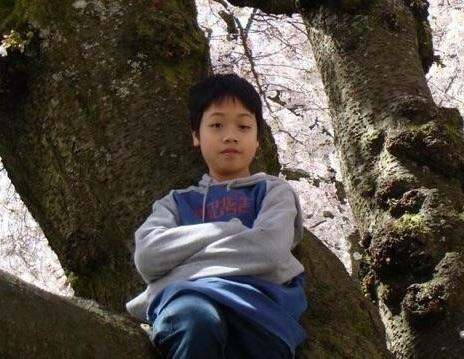 
Yen-wen Lin, 20, is a political science student at the University of Washington in Seattle from Taipei, Taiwan. At the age of 11, in 2009, Yen-wen Lin arrived in the United States by plane in Los Angeles. After a brief connecting flight to Seattle, Yen-wen traded in street food and school uniforms for the opportunity to receive an education in America and for the crisp air and abundant trees of the Pacific Northwest. After leaving the airport, his family hopped in a taxi and they soon found themselves in their new home. He grew up in Bellevue, Washington, spending the last nine years in the United States.

When Yen-wen’s family arrived, only his father spoke English. His father’s decision to move the family to the U.S. emerged from his experience in the American education system, and its more level playing field when compared to that of Taiwan. Yen-wen credits his family for the success he has found to this point.

“They made a great choice for me,” he said. “I’m really happy here. I’ve achieved way more than what I think I could have.”

Battling homesickness and the inability to communicate, Yen-wen adapted to a new home, a new country, and a new language.


I obviously did not like speak English at all whatsoever in the beginning and traveling to a country where like people only speak English. It was really frustrating because like, let's say you go to a Safeway or something, you pick out stuff and they, a cashier, will be like trying to make little conversations with you, but all you can do is like smile and swipe your card, and that's all you can really do. Um, you go to a store, people try to talk to you, say, "Hey, uh, you can't touch that, you can't touch that." But like you can only look at their facial expression, looking like, oh, they're screaming at me, what are they really saying? So not being able to communicate is probably one of the toughest things ever.

My dad was with me at that point and um, he has been in New York doing his undergrad and graduate school.

So I'll go to the store with him. He was like talking to the store owner and everything. Like I would just sit there and be like really bored and I still had jet lag back then. So I remember this one time, I literally just slept in the mattress store and then my, uh, my family left and they're like, "Oh, where's Yen-wen?" When we came back to find me, that was really funny. One time that um, the crosswalk, because it was like a different system than Taiwan because we have the, like the diagonals type of walk and like where the U.S. is just like straight. So I try to do that and that was really dumb. I almost got hit by a car and my dad got really mad at me. He was like, this is not Taiwan dude.

And um, I really think, uh, my parents made the, made a great choice for me. I've achieved like way more than what I think I could. Giving me another chance of like, you know, learning a new language, it's like one of the greatest advantages that one can have. And yeah, I think this is the greatest choice that my parents has ever made for me.