First Days Project
This is the story of my first day.*
INTERVIEWED BY Kamala Gururaja x 21


"In those days, I think South Asians were more proud of being “Americanized,” whereas now, South Asians are really proud of their own culture and they are not ashamed of being from India." 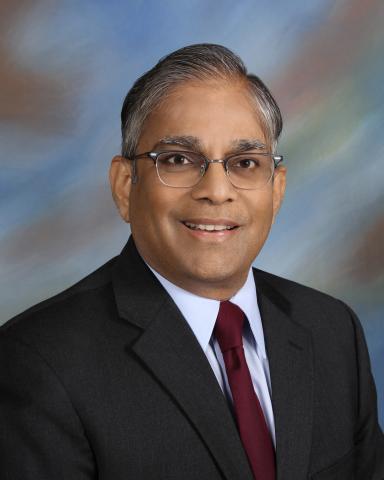 Immigration and opportunities, and my brother was here.

I came by plane and it was the first trip that I had ever made on an airplane.

It was overwhelming and completely different from what I was used to.

I was picked up at the airport by my brother’s friend, we went to his house and he told me a few things about the US. And it was the day before Thanksgiving so we were getting ready for the next day, and the next day, I got to watch the Macy's parade and the football game with him, and he explained them to me.

In your first couple of weeks in the United States, what were some learning experiences that you had?

I had good help; the first week I stayed in New York with my brother's friend, and he was a good guide. I would get out in the morning by myself, take the subways and visit all sorts of famous places in New York. I visited museums, Radio City Music Hall, the Empire State Building, the Statue of Liberty, and I visited the World Trade Center, where I actually had lunch at the restaurant on the top. And that was all during my first week. The reason I was able to do that was because the person with whom I was staying, he would give me an itinerary and schedule and all that which I would follow. I had a good command of the English language so I was able to navigate going and coming home, and he used to live in Queens and his home was not too far from the subway station. So I was able to travel to a lot of places in New York during my first week in this country.

As you spent more time here, what did you find was the biggest difference between America and India?

Language and cultural differences are obviously the first thing. The second thing was transportation. When I came here I did not know how to drive because in India I used to drive either a bicycle or a scooter or go by bus. Here, unless you know how to drive, you can’t go anywhere, especially when, after the first week, I went to Orange County, California with my brother. Orange County did not have good mass public transportation like New York, so I had to rely on someone else’s ride or just stay at home. Fortunately, in Orange County they had a dial-a-ride program where you could call the county authority and they would come and pick you up for a small charge and take you to different places, so I was able to do that, but the downside was that I had to wait for the ride to come.

What do you think was the most difficult aspect of being an immigrant?

I found that not being able to mingle with friends at the end of the day, and not being able to communicate with friends whenever you felt like going somewhere was one of the adjustments that I had to make. That was not really difficult, but that was an adjustment. Then obviously, all the magazines, newspapers, news and such were in English. So I had to learn the lingo and learn the politics and learn the different aspects of American civics and history, which were completely foreign to me, because we did not study any American history in high school or college.

What was your favorite part of being an immigrant?

The opportunities and the cleanliness and awareness of health and hygiene, and the advancement of all medical sciences in this country, compared to at that time what was available in India.

Do you see any cultural similarities between life in America and life in India?

In terms of cultural similarities, I think there are some, like some of the family values are similar. Although in India, families stay together for a longer period of time than in America. When you’re growing up, until you're 18 or 20, family values between India and America are similar, but then they change in America whereas in India, the family bond is a little bit stronger in the later stages of life.

What was life like, compared to any expectations you had had or the perception of America and India?

I expected it to be like what it was, because before I came here, I had read some books, and my brother was here before me for about eight, nine years. From the details in his letters, I had a pretty good idea. Plus my parents had visited, and so they had told me what it was like here. So I was kind of aware, but again, seeing everything in person is completely different than hearing a description, or somebody telling you a story.

How was your experience finding a South Asian community in the United States?

When I stayed with my brother, obviously, I would mingle with his friends. It was not that hard because all of us are relatively social people, so once or twice a month, we would get together at somebody’s house. It was hard during my residency because every third night I was on call and I was always busy with work, so mingling with the South Asian community during my residency was a little bit hard. But when I moved to Houston, since we had some friends in Houston, it was easy to build a network of friends in Houston.

What, if anything, do you think has changed about your experience as an immigrant over time as you've been in this country for longer?

That's a good question. I think the moral fabric of society, over the period of time that I've been here, has changed. A lot of things that we had taken for granted when I came here, I no longer take for granted. I think the things that we had taken for granted, like businesses, or churches or the government, and all that, we believed in them, we respected them, and we had taken for granted that they would run honest and fair operations, but you cannot take them for granted anymore. You now have to look at things with a little bit of suspicion. That has been a significant change. The other change that I see is that South Asian culture is more accepted now than it was at that time. In those days, I think South Asians were more proud of being “Americanized,” whereas now, South Asians are really proud of their own culture and they are not ashamed of being from India. I think society now respects South Asian culture and our values and ways of thinking. For example, in those days, surviving as a vegetarian was not an easy thing to do, whereas nowadays, it's been normalized, and it's not really that hard to do and there isn’t really any judgement of vegetarians.

Knowing what you know now, what advice would you give to a new immigrant coming to America today?

Be yourself, learn the language, and have good communication skills because I think that is going to be the most important thing that will probably take you farther than anything else.

Overall, are you happy that you came to America?