"We spent the next few weeks getting everything ready, like going to Ikea and getting my school stuff set up." 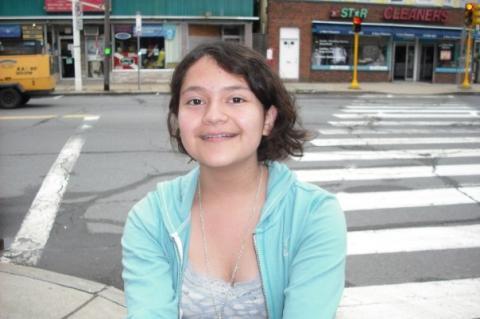 
When I first moved for a year to the US, it was because my mother was doing a fellowship at Harvard, which always sounds really pretentious when I say it but this is what was going on. She had a public position as head of tax administration and that had been a really stressful job for her and she was doing it to take time off and to do something productive. I came with her and by the time that we arrived, she had already scouted an apartment so that was basically where we arrived the first day. We spent the next few weeks getting everything ready, like going to Ikea and getting my school stuff set up. It was a pretty positive, I think, experience in general.

We took a plane, obviously. I don’t really remember the trip very much. I remember more in general, things about that one year. When I arrived, I guess, we didn’t meet anybody immediately. We did meet the next day I think, our neighbors who were really nice people. The husband of the family had done a missionary trip in Guatemala so he knew a little bit about the country and he was really…. I guess that was kind of endearing for them, to us, that they had some familiarity with our country and they had really liked it. They had a really cute kid, who was two years old maybe, when we got there, so that was really nice.

Well, I had already had first impressions of the country because I had traveled here before on vacation and stuff so it wasn’t really like a first encounter necessarily. But I hadn’t had the experience of living in an apartment or anything like that and it felt more official. The town was very small, like tiny, and pretty affluent. It was a nice suburb of Boston and so it felt pretty nice. It felt like a weird kind of alternate universe, separate from home but it was cool.