First Days Project
My name is Mariana Trotta.
"At school, people would treat me like I had come from outer space, like I was stupid for not understanding and for not knowing anything."

When I was six years old, my parents decided it would be best for the family if we moved to a better place to be able to grow up in a safe environment to follow our dreams and goals. So many years passed and I achieved many milestones as I grew up. I learned English, finished elementary school, middle school and soon after I started high school. Before I knew it I went from being six to being fifteen. I don’t really know when my family’s immigration problems had started or when my mom began applying for political asylum but I do remember going to court about two or three times, one being on my 16th birthday. I was so anxious and felt that maybe if the judge saw it was my birthday, she would accept our political asylum and let us stay here. I was wrong; instead she just gave us an extension for another court date in the following year, which in that court date was when they assigned the date of our voluntary removal. My parents agreed to a voluntary removal because they got told that if we did that we would be able to come back into the United States without any penalty.

When my mom told me we had to leave, I was divested, I was starting that point in my life where I would go out on weekends with my friends, I was learning how to drive, I had gotten my first job. I felt like I was growing up and everything was slowly falling into place for me. Being told that all that was going to end wasn’t something I wanted to hear. Months prior to our departure I was in the stage of denial, I wasn’t sad because it didn’t feel like I was about to leave everything behind and go somewhere I hadn’t gone in years. Here and there I would cry and ask myself why this was happening, why we had to leave if our whole life was here. January 31st, 2012 was the day my parents and I were scheduled to leave. I had to leave my job, my friends, my school and most importantly my brother. I will never forget that last hug I gave him, or his frantic calls at the airport telling us to not get in the plane because people were trying to keep us here. Sadly, it was too late and it was time to go. At that point my emotions were all over the place, I was devastated, confused, relived, anxious, etc.

Even though I only stayed in Venezuela for a year and a half, I feel like that was enough for me. I struggled to pass school and be able to graduate. I was always a good student and once I started studying in Venezuela my grades went down since I was never comfortable with the language. At school, people would treat me like I had come from outer space, like I was stupid for not understanding and for not knowing anything. I wouldn’t leave the house because I was scared and I just wanted the days to pass until everything was better. I felt out of place and all I wanted was to be back home, going to my school with my friends. Fortunately, not everything was bad; I got to see my family and I made some friends that helped me cope with everything and I will forever be grateful for them. I started feeling better once senior year started because I was volunteering in graduation activities and stuff for school. I realized that keeping busy was helping me get my mind off of things. I started getting stressed out again when everyone kept asking or discussing about college and what we planned to do after graduation. In my heart, I wanted to finish my education in Florida and go to school with my friends, but I wasn’t sure that was going to happen. I would go online to every college or university that I could think of, and I would print out all the information I could find so I could show my dad all the options I had. My dad and I picked the college we were most comfortable with not only financially but also locally. It was the perfect place for me since it was near my usual surroundings and it was better in price than other places we looked at.

I applied for a student visa and here I am now, finishing my second year in college getting my AA for healthcare administration. I got to come back and I thank my parents and god everyday for allowing me this opportunity, but it’s harder than I thought it would be. Not only am I alone without my parents, I’m struggling financially since I’m not allowed to work because of my status. I would apply for DREAMers but I'm supposedly not qualified for it because I didn't complete three years of high school in the United States. I only completed two and a half years. So my parents send me money whenever they can but it’s difficult for them because Venezuela’s government controls dollars through a process called CADIVI. CADIVI is something complicated that I don’t even understand but from my knowledge it’s a government controlled system that decides if Venezuelans should be allowed to exchange bolivares (Venezuelan currency) for any other currency (dollars, euros, etc.). Lately, CADIVI has been lowering how much we can have and also denying peoples requests. Without money from CADIVI I can’t pay for tuition because I don’t have enough money in dollars. I want to bring awareness to all those international students from Venezuela going through the same things I’m going through. All we want is to catch a break and be able to finish our education in a place where education actually means something. I believe that if we all come together changes can happen. 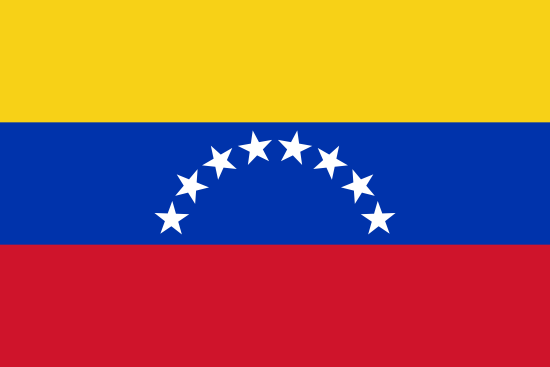