"I remember just going to the riverside and walking to a giant Toys R Us…. But I didn't get any toys. I spent that month in Brooklyn just reading the Chinese fairy tale books I bought from China." 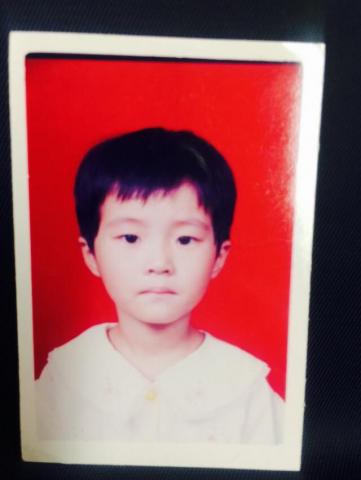 Anna’s father wanted better economic opportunities and brought his family to America to pursue them. Young Anna could not wrap her mind around the entire experience.

“I remember that, on the plane, Mom wanted tea but no one knew English…Dad only knew ‘tea.’ So he repeated a few times until Mom got it. We came to Brooklyn to stay with a family friend, and it was during summer time. I remember just going to the riverside and walking to a giant Toys R Us….But I didn't get any toys. I spent that month in Brooklyn just reading the Chinese fairy tale books I bought from China.”

Anna had to transition to several elements of change.

“I don't think I realized what was happening fully. Like the concept of moving across the ocean didn't occur to me. I grew up with my grandparents [;] they raised me, and I grew up in their household. I didn't think the idea that I [couldn’t] go back to their house anytime soon fully occurred to me. Moving to America was the first time I actually fully lived with my parents besides for weekend trips.”

As an immigrant, Anna endured some dissonance.

“I think it's hard to immigrate. Like it was easy as a child for me, but it's tough. I picked up the English language but lost a lot of my Chinese language skills (such as reading and writing). And it's hard to come in as an obviously visual foreigner. I definitely remember getting made fun of as a kid. It wasn't malicious or anything. But I ended up getting my name officially changed from my Chinese name to Anna during my American naturalization process.”

Simple comforts from home served as solace as she adjusted to America and then faded into memories as she accomplished greater assimilation.

“I bought fried rice as lunch every day for a year and refused to afterwards.”

Though Anna has been in America for almost fifteen years, her immigration experience continues to play a role in her life.

“I think that no matter what, I will never be American or Chinese. Like I'm not an American despite my nationality being American because of my Asian looks. I will always get [people who] ask me where I am from. But growing up so many years in America, I will never be fully Chinese.”

Anna finds that no label truly fits her and cannot choose between her two cultures.

“I know there is a category called Asian-American, but I have never truly identified with that either. I have found that as I continue to grow up, (or maybe it’s just my feelings right now), I grow more American in my ideals. I used to have more of that immigrant mentality - where I want to achieve the American dream. But at the same time, I have a deep longing for Asia. I like being in Asia for the food, the culture. But I think America has better opportunities.”