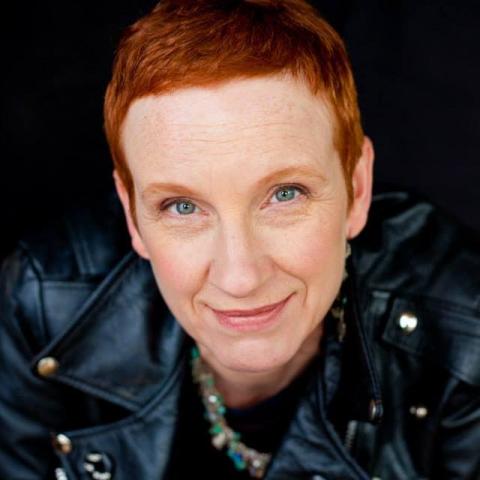 
Well, my first day was landing at the Philadelphia Airport in July. In the line, waiting for customs, I glanced up and I saw a banner over the customs with a bell on it. And the bell had a big crack in it. I pointed it out to my husband and said, “Oh look!” [Laughs] “The bell’s broken.” What I didn’t know, was that this was the famous Liberty Bell. The second thing is vividly recall is that as we came out of the airport to get a taxi, I couldn’t believe the heat and humidity. I had never experienced anything like that heat and humidity. Then, in the taxi, as we drove to our new apartment (which I had never seen before) we passed…and there was a tower made out of stone and my husband pointed to it and said, “We have history in America too, Suzanne. That’s a medieval tower.” And I looked at it and said “Oh! That’s cool.” And then he started laughing and I’d realized he’d made a joke. And I realized too that there were no medieval towers or castles or ancient buildings here in America. Growing up in England, I was used to very ancient ruins lying around. And the other thing is that I was amazed at how friendly everybody was, people I didn’t even know. In England, people don’t generally speak to you, unless they know you. But I had checkout people saying things like, “How you doing today?” And I, used to think that were talking to their best friend that was standing right behind me. But now, I love it. And when I go back to England, I think everyone’s really miserable.