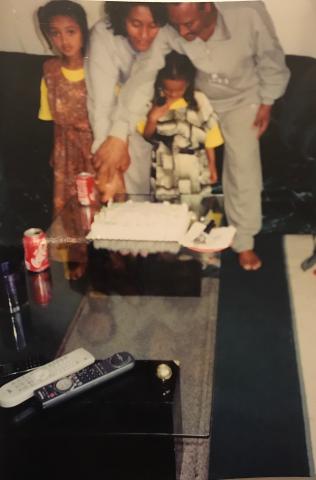 
My name is Ayalnesh Woldetsadik. I came to America in 2001. I came with my children and my husband. At first, he started working and then I did. He would teach me because he had a little bit more education than me. We had a big language problem. Secondly, I was scared of the escalators. Back then in Ethiopia, we didn’t have any but now we do, so I wasn’t used to them and very scared. On the second day of our arrival, our hosts took us outside to show us our surroundings and i noticed TVs and couches thrown on the street. “You know this is free, you can go and put it in your house” they told us. I was so astonished. I also see people eating as they walk on the streets. I was shocked to see that. What kind of country have I entered, I thought to myself. We don’t eat on the street in our country. Even more than that, the biggest shock was when I saw men and women kissing each other on the street. In our country that is very inappropriate. The night we came, our host was watching the Jerry Springer show where a mother and daughter were fighting over a man as well as two sisters. I cried thinking what kind of country have I come into? I thought everyone was like that.