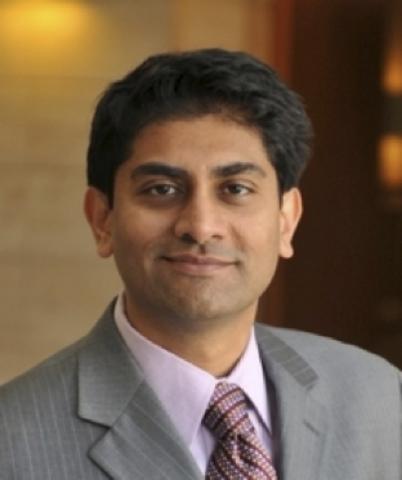 
Where (city and country) were you living before you came to the U.S.?
I was actually born in Lahore, Pakistan, and I had the opportunity to migrate to the US when I was three years old. I came in 1976, the bicentennial year in the US. So that was a good year to move to the US.

What caused you to migrate from your home country to the US?
We were escaping the religious persecution in Pakistan, because my parents are of two different faith communities. Living in that part of the world, especially in the 1950s, it was a very remarkable achievement for my parents to have left their families and left their lives there and moved to the United States. So they came to provide both religious opportunities for both my older sister and I, but also for the opportunity to someday be able to talk to someone like you and tell them my story.

What are your memories of your first day?
There was a lot of adventure when I came. I was fortunate that my parents had, of course, prepared me for the journey and knew the language. It was less about the inability to culturally associate; it was more of being able to understand and appreciate what sort of impact it would have. And as a small child, when you're three or four years old, most of your time and attention is focusing in on when's play time and what you are going to get to eat, rather than focusing on the odyssey that my family had taken.

What were your first impressions of the country?
I was very fortunate. When I arrived, the United States was celebrating its bicentennial year. I became very aware and conscious of American history, American politics, and American society early on in my life. One of my most vivid memories is actually having gotten a Statue of Liberty piggy bank. In some ways that gave me two important ideals of life that I think my parents were trying to instill in me. One was to love and appreciate the country where opportunity was going to be boundless. And the other one was a value which all desi (South Asian) families teach - frugality and being prudent with your resources.

What was the best thing about being an immigrant to the US?
There was an immense amount of hope and opportunity and a real appreciation of what the future would hold. It was really a great time for me because I was in a community of new individuals that would embrace you and appreciate and value you. There’s also an appreciation for the people who sponsor you. My grandfather was someone who had gotten the community to support our sponsorship. So it was a grand time of being showered with gifts, food and people who were overwhelming with their enthusiasm for a new family that had joined the small community. And so that was the most positive, vivid phase that I can remember.

What was the hardest thing about being an immigrant to the US?
Bullying is on the rise these days because of the advent of social media. But even back then, kids can be cruel and especially living in the community which we were - it was a rural community. So there were not necessarily a lot of families that had migrated from the part of the world that we were from. So oftentimes, children can make disparaging comments or perhaps, single you out as someone who they don’t want to befriend. But over time, the stereotypes they believed and the apprehensions they had all eroded.