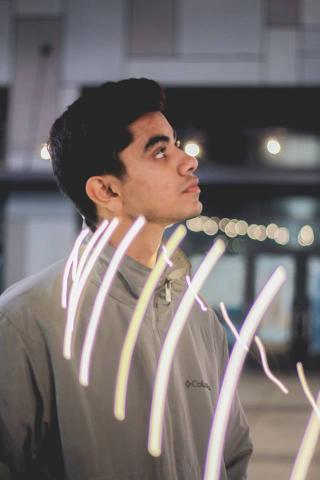 
Shourya Jain came to the United States in 2011. He came to St. Louis in Missouri at the age of 13. Shourya’s family came to the US because of his father’s new job.

Shourya grew up in Pune, Maharashtra, India. While in school, he never knew that he would go through such a stark transition. He did not know what to expect in the US.

When Shourya landed, he was witnessing everything that he had seen only in movies. He was mesmerized by the infrastructure and environment. It took him ample time to acclimatize with the environment.


My name is Shourya. I am from India and I came to the United States in 2011.

I was 13 years old when I moved. My Dad just happened to meet one of his college friends at some point in India and the guy was impressed with what my dad was doing, and he basically offered him a job to be the CEO of his Company. so, through that we moved to America. specifically, we moved to Saint Louis, Missouri, which is like the middle of nowhere.

before we moved, my parents basically told me to do a bunch of research in terms of like where we could live and what schools I should go to and stuff like that. And so, I was trying, I was helping them find like a place, or which we could rent out to live in, which was really interesting because I was like, 13 year old and like I wasn't trusted with anything but suddenly now we're moving and my skills were needed.

When I landed in the US, I was just really surprised by the scale of everything. Like everything is just bigger in America. you have like bridges and then you have like these roundabout-like highways and all of these things around the airport. And like I remember getting out of the airport, sitting in the car and going down those and just being like, oh my God, this is crazy. Like how is this created? Like how do they have this infrastructure?

it's so quiet, like this happens to me even now. Like if I visit India, and I come back, it's like my ears just like suddenly feels so empty because the in India, wherever you are, you always hear cars honking and people talking and there's just a lot going on. And, America isn't like that. So you can literally walk down the street in America, not hear anything, which is ridiculous. Like that just doesn't happen in India. So I think when I first landed, it was just like, my senses had to like, readjust almost, because of the atmosphere around was so different. so that was really interesting.