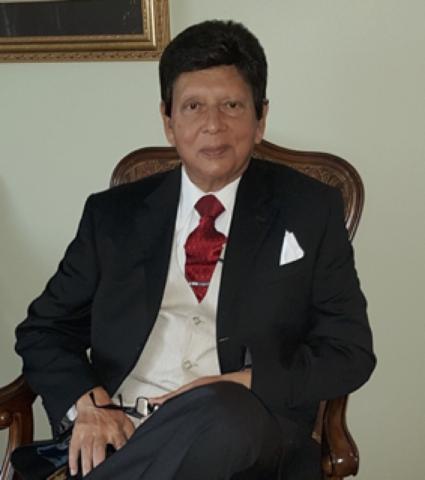 
Mr. Panchal, a retired engineer, was born in the coastal city of Dar Es Salaam, Tanzania. After completing his schooling in Tanzania, he moved to England, then to Canada, and finally he moved in 1996 to his current home city of Sugar Land, Texas.


Where (city and country) were you living before you came to the U.S.?
I was living in Toronto, Ontario, Canada. I had lived in India long time ago. Oh, my goodness me. Maybe when I was 10 or 11 years old. So it was very long time ago. I had lived in India for a year and a half. And then came back to Africa. Again, I was born in Africa, raised in Africa, in the city of Dar-es-Salaam, Tanzania. Then I went to England to continue my education. There, I graduated in engineering, and I worked for about six years and got experience and then I emigrated to Canada. The reason was that in England, the economy was going down, and I could not see myself prospering there. So I moved to Canada. Having moved to Canada, my father, in the following year, he passed away. So I had to call my entire family to Canada. And everybody had to be settled. My sisters had to go to school and finish their education and then they got married. And then my wife and I had our children.

What caused you to migrate from your home country to the US?
I always was looking for an opportunity in the United States to work because there were more jobs here. So, when the opportunity came, I got an interview and I got hired here by a company in Houston. I was working here and then we applied for our green card. It came pretty quickly for us, having been born in Tanzania. So, we sold our house and on September 1, 1996 we moved to Sugar Land, Texas. And my entire family, my wife and my two sons, moved down here. My sons were upset because they were losing their friends. But they made new friends here. And they settled down and now they're doing very well.

How old were you when you came to the US?
I was 52 years old.

What year and where (city and state) did you arrive in the United States?
I arrived in Houston, Texas in 1996.

What are your memories of your first day?
The first thing that struck me was the lack of public transport. You have to drive everywhere. The road system is good, but even to go to work downtown, I had to find a parking spot. And you park your car there and then walk maybe a couple of blocks to the office. And in the evening, you drive back to your apartment. Everything you had to do by car. If you did not have a car, you were really stuck.

What were your first impressions of the country?
The US was a very big country and the people here were indifferent. They minded their own business. Some were friendly, some weren't friendly. In my work environment, as an engineer, there were a lot of people from India as well, and immigrants from other countries, so you had to interact with everybody and get along with everybody. And since I was able to get along with everybody, I did okay. I survived and I managed everything. I was a contractor, so there was no job security for me. But I didn't mind that initially, because that's how I gained experience.

What was the best and hardest thing about being an immigrant to the US?
The best thing was that the salary was higher than what I was making in Canada. Plus, the US dollar, of course, was much stronger and highly valued. The hardest thing was that we had to settle down here. So, we had to find everything. And we had to be careful, because we did not have any friend here or anybody to fall back on. So, we couldn't make any mistakes in life.

Lastly, how is Tanzania, your country of origin, different from the US?
Oh, there are a lot of differences. Tanzania is a very poor country. The roads are not that good, and there are a lot of potholes. And it is really rated very badly on a global scale. The education standard there is very low. But the climate is good; it's a tropical climate. We all lived well. But if you had to progress, you had to leave the country and go somewhere else.