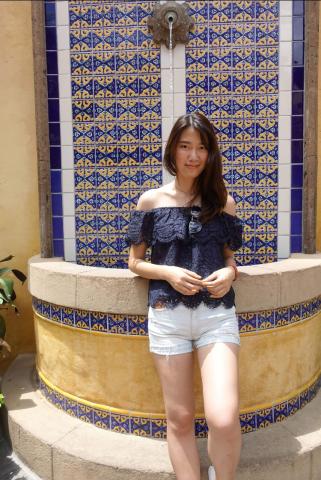 
Cindy Huang, an international student at University of Washington who majors in Business talks about her first day when arrived in the U.S. from her home country, Taiwan. She also went study abroad in Singapore before coming to the U.S. and decided to explore the new country when she was only 16.

Cindy is graduating in this quarter, and almost accomplishing a big chapter of her life in the U.S. after she left her home country eight years ago. When she talked about her being nervous in the US, she smiled because the struggle became one of her great experiences in the US. So, reflecting her first day in the U.S. was a nice walk down memory lane.


My name is Cindy. I’m 23 this year, and my major is finance business, international study in business, and Japanese. I’m originally from Taiwan. I have been an international student since when I was in third grade. I first went to Singapore when I studied for about six, seven years. And I moved to the U.S. for freshman year in high school. So, I have been in the U.S. for about eight years now. I didn’t really know what to expect, but because I studies English in Singapore before coming to the US, English wasn’t a huge struggle for me. It’s more about the cultural shock that I experienced. First impression, everyone is really friendly, but it was hard for me to kind of go out of my way to talk to people because I was really shy. So, it took some time for me to get used to the people, the culture, and the food. I got excited to be in a new environment. There are so many things that I imagined about the U.S. before coming. So, I was excited to be there. But I was also really nervous because I didn’t know what to expect, and coming to a new environment where I don’t have any friends could be terrifying for me. And back in Singapore, I was adjusting, but also a little bit unhappy. So, I wanted to change an environment, so when my parents suggested sending me to the U.S. to study, I was up for the idea, and I wanted to explore the new country and get experience while I still have the opportunity.