"People tried to say hi and I didn’t know what I can say. I was like a mute." 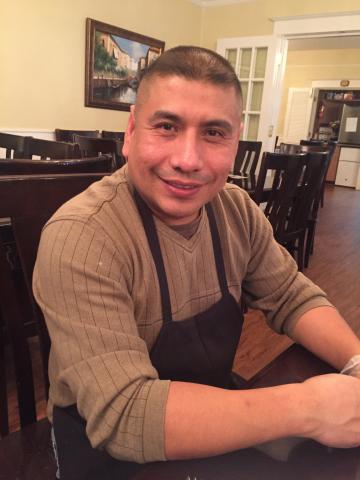 
Francisco Bernabe immigrated to America from Mexico in 1990, when he was 19 years old. He came from Ciudad Guzman, Jalisco, Mexico to Seattle, WA. Francisco and his brothers came to America to find better job opportunities. His first day in Seattle scared him, as it was the first time he had seen snow.

Soon after moving to Seattle he found a job in Renton, WA as a dishwasher and eventually worked his way up to a chef. Francisco did not know any English when he came to America, but has learned to speak it fluently. He now lives in Seattle, and works as a cook.


My name is Francisco and I’m from Mexico. I was 19 years old when I came to America.

That was like a big change to go to a new country, learn new languages; I mean there was a lot of change.