"I had grown up in Johannesburg in South Africa and in 1985, the country was at the height of the apartheid struggle... the South Africa I grew up in was essentially white colonial South Africa." 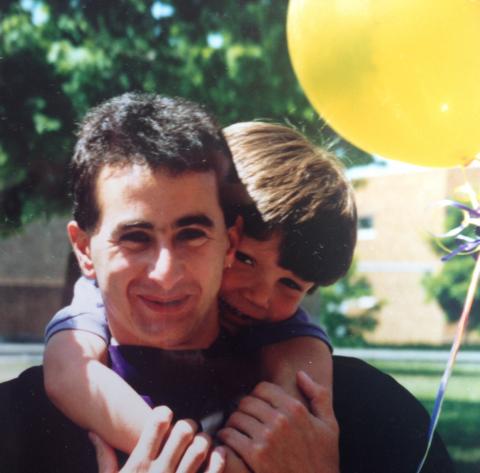 
Kevin Lederman arrived in the U.S. in 1985 at the height of South Africa’s apartheid struggle. Intent on escaping the nation’s military draft, Lederman left his native Johannesburg behind for Seattle to study at the UW Law school having graduated with a commerce degree from the University of Witwatersrand.

Lederman has practiced law for the past twenty-five years. He now works as an immigration attorney as the owner of Cowan Miller & Lederman, helping guide immigrants through the complex immigration process that once brought him to America.


I had grown up in Johannesburg in South Africa and in 1985, the country was at the height of the apartheid struggle. At that time, the country was in a state of emergency. As a white male, one was required to serve two years in the military unless you were studying.

I had graduated with my undergraduate degree from the University of Witwatersrand and at that time was getting called up to go serve in the army, and that in conjunction with the way things were looking and where the country was headed it didn’t look too bright, so I wanted to explore opportunities to get out of South Africa. The South Africa I grew up in was essentially white colonial South Africa.

The fact that uh, we have so many choices all that takes a lot of getting used to. Something as simple as going to the grocery store to get a loaf of bread – in South Africa you had white bread or brown bread, you had two choices and here you go to the grocery store and there are 35 kinds of bread and it can be a little overwhelming.

For me, really, the bright part of law school was being surrounded by incredibly smart, and interesting and nice people. Immigrating is a very difficult and lonely experience, and I think that coming as a student was very helpful in that way in that I had a group of people that I could get to know and form friendships that exist to this day.

It was also, difficult though because there was so much work during law school. I wish I had more time to really nurture those relationships and get to know those people on a personal level rather than ask for their notes during contracts class.