"I think being American is a state of mind. I cannot put it in a box. These are the attributes of being an American – respect, tolerance of religion, race, language, culture, and bringing around the best of what humankind can do. I do believe this is the week we are celebrating 50 years of space. Neil Armstrong said 'One small step for a man, one giant leap for mankind.' That is an example of Americanism. Think mankind. It is not I." 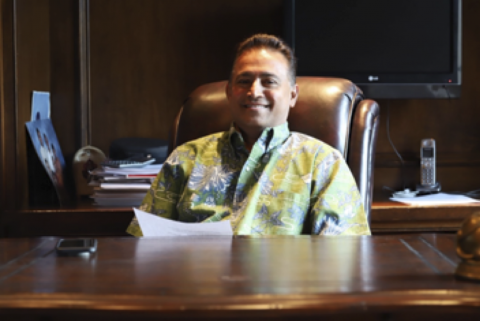 
Kumar Bashyam is a serial entrepreneur and philanthropist. His passion is incubating companies and believes that everyone should follow their passion and have fun while doing what they love. Mr. Bashyam completed his undergraduate studies from Vivekananda College in Chennai, India and he holds an MBA in corporate strategy from the University of Michigan. He was a management consultant for 20 years and since 2005, he has been an entrepreneur. He has built many companies and describes himself as a passionate capitalist. He donates to various causes in the South Asian community in Houston such as the Meenakshi Temple and Udavum Karangal, an organization which reaches out to rejected children, orphans, homeless elderly people, and the poor, and provides them with homes, medical care, and emotional support. Pratham, a nonprofit organization which helps provide underprivileged children in India the opportunity to attend school is also an organization which Mr. Bashyam is very dedicated toward.

I was living in Chennai, it used to be called Madras, in Southern India.

It was the year 1983 and I had just completed my chemical engineering course. In those days, the whole craze was to come to the US for higher studies and discover a new frontier. Fortunately, I was working for a software company, Tata Burroughs that paid me to come to America.

I was 21, and I had just finished my chemical engineering and I don’t think I had ever left much of Chennai, being a Tamilian (South Indian) guy I stayed in Chennai. I traveled to North India occasionally, so going to America was definitely a long shot. I still remember my flight to the U.S. - it was at 2:55 AM on QANTAS. I got into the flight and all the seats are filled with Australians sleeping and I’m trying to find a place to sit (laughs).

Tell me a little bit more about your journey to the US.

Well, I think it was… October 5, 1983. Mumbai had gone through the Monsoons and in October, the fall weather had begun so the weather was okay. So we land and my arrival city was Pittsburgh. My client was US Steel. You know in South India, we don’t wear heavy clothing – a thin t-shirt, jeans, nothing. Pittsburgh felt very cold. The air hostess woke me up and said, “You’ve arrived.” And I had no clue so I said “Where am I?” The air hostess said “You’re in Pittsburgh and you need to get off the plane.” And the Immigration official in the airport was like “Dude, I hope you brought a jacket along.” So fortunately, the person who had come to pick me up had some winter clothing.

The flight I took to Pittsburgh arrived at eleven o’clock at night, so it was pretty dark outside when I landed. The next morning, when I woke up I got to see snow for the first time. On my first day, my friend took me to the local Hindu Temple, (Venkateshwara Temple) in Pittsburgh. And I thought I had achieved nirvana when he showed me a South Indian classic, puliyodharai saadam (a tamarind rice dish) and thaayir saadam (rice with yogurt). I said I’ll take 5 and 5, that’s my meal for the week. And for the next 3 months, I lived off of that. Every weekend, I would go and buy 5 and 5 – my staple diet. And I would keep it in the refrigerator with some chips and that was my dinner. So those were my memorable first days in the US

What was the hardest thing about being an immigrant to the US?

Well, I think that frankly, the hardest thing is that you didn’t know how to eat with forks and knives. You didn’t know how to drive. You didn’t know how to speak English. And you learned everything Driving in snow and on hilly roads was a classic. My friend had a stick shift car so you’re learning with this guy and you’re going uphill and you are praying that the light won’t turn red at the top. But lo and behold, it will always be stopping at red. You’re trying to turn, but your friend says that you have to give it enough gas so that it will stay… will not move. If you put it in neutral, it was going to go down. So driving stick shift in Pittsburgh in winters was probably the hardest thing.

Everything was wonderful – the people and the opportunity. And the openness of the country and the friendliness.