"My first day in the United States was something not to forget." 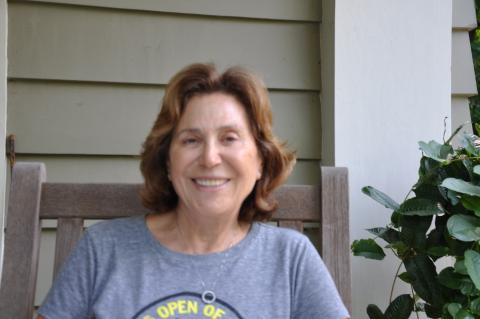 
My name is Maria Sabatini.

I arrived to the United States in 1959 for the first time. I was then 20 years old. I came from Buenos Aires, Argentina, where I was living and I was born. From New York, I went to Saint Louis, Missouri: Washington University, where I was to work in the Department of Zoology with a woman researcher, Rita Levi-Montalcini, who later on won the Nobel Prize. I was here with a scholarship from the Argentinian government to spend a year, going back to Argentina. After six months, I was invited by my professor, Levi-Montalcini, to go to Rome. She was Italian. And to spend there six months and work with her. After arriving to Rome I decided to stay there for five years and I never came back to the United States during that period of time. This was the reason why I lost my immigration status and later on I had to apply again for it.

My first day in the United States was something not to forget. I was extremely happy, very very impressed with all the New York landmarks. I was fortunate that my brother was living here doing a PhD at Rockefeller University. He was living in the dorms where I stayed the first night, and I was able to see the life of an American student in a University. I was visiting the landmarks of New York. And, you know, the University was located in an area of the city that was full of life and stores...very typical of a University. I stayed there just for the day and after that I went to St. Louis, Missouri.

Where do you currently live?
I currently live in Manhattan. As I said, later on, I applied for my citizenship, for my residency that started again... and the second time I went through residency and fellowship program at NYU. I have my family here and have been living here since.