First Days Project
My name is Marjorie Agosín.
"Coming to the US was extremely hard and it’s something that I think about all the time." 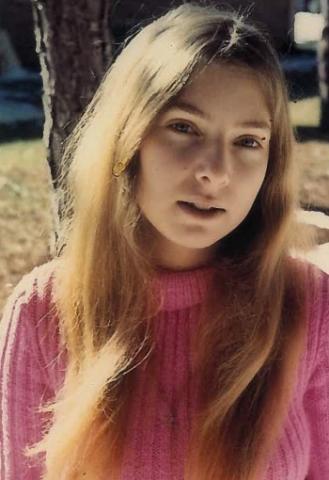 
Chilean poet and author Marjorie Agosín was born in Maryland, to Chilean parents. But when she was 3-months-old, her parents decided to move back to Chile. She grew up there, went to school there, but then moved back to the US when she was 14-years-old.

For her, adjusting to life to the US wasn't easy.

“Coming to the US was extremely hard and it’s something that I think about all the time,” she says. Even though Agosín was a US citizen, she didn’t speak English. She had lived nearly all of her life in Chile and spoke Spanish.

The move to Athens, Georgia, was tough. “I had very few friends and at school people made fun at me,” says Agosín. She remembers hiding in a closet at home to avoid going to school. When relatives from Chile visited, she remembers she "used to hold on to them and ask them to take me back home."

During that time, Agosín found refuge in poetry, which helped her “survive.” She wrote in Spanish because it was the only part of her identity she felt she could hold on to.

Looking back, Agosín says that despite the early difficulties in the US, she says America has many great virtues.

“[There is] the virtue of opportunity and that you can dream the things you want to be,” Agosín says, now in her 60s.

But at heart, she says, she still remains a Chilean.

She remembers the advice her mother gave her during her tough teen years in Athens, Georgia.

“Take the best of both worlds,” she remembers her mother telling her. Agosín says that's exactly what she has done.