"I brought my dog! He came with me, and of course a big suitcase. But that was about it!" 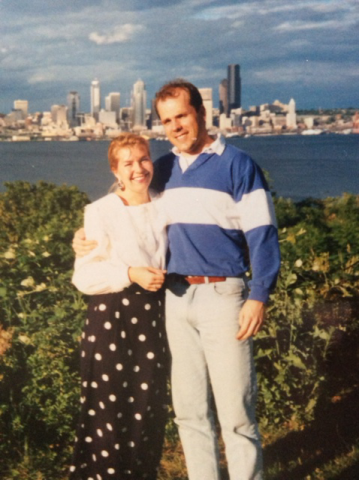 
Monique Summers travelled to the United States from Holland 27 years ago to live with her long distance boyfriend in Texas. What started out as the setting for a modern- day rom com, turned into Mrs. Summers getting her Masters Degree at the University of North Texas and becoming a very successful woman along the way.

Moving to Texas, Mrs. Summers was stunned by the remarkable size of things in America as well as how the houses were built compared to Europe. She also remembers the concept of drive- throughs and "to-go" food to be unique.

The stigma against immigrants in the United States is that they come here illegally, sneak across the border, and steal American jobs. Monique Summers has definitely broken the stereotype for not only immigrants, but female immigrants.

Today, Mrs. Summers lives in a beautiful home on Bainbridge Island with her husband, son, daughter, and three adorable dogs.


I’m Monique Summers, I arrived in the United States about 27 years ago.

My first day here, gosh I really don’t remember a whole lot. I came on the plane and my boyfriend came to pick me up. I brought my dog! He came with me, and of course a big suitcase. But that was about it!

I moved first to Texas from Holland. My then- boyfriend was living there. So, we met each other in Greece. After some long- distance dating for a while, we decided to move in together and he happened to have his first job in Texas. So, I moved in with him in Texas.

I went to school because I couldn’t work. You know, I was an immigrant at the time and I wasn’t married so I didn’t have what they call a green card or permanent residency. But, the only way I could stay was if I could go to school as a foreign student. I decided to get my masters degree at the University of North Texas. So, that’s where I went. And, I went there for about two and a half years to get my masters. Then, after that um, we got married and I got my permanent resident card and then I was able to work.

Gosh, I don’t even remember what I did on that day! You know, it was very different from where I grew up. What struck me was the cars were very big. Everything was big you know? The drinks were big, the portions were big. Here you have these giant parking lots that you don’t have in Holland. So you can have these big cars because there’s space for them. The houses were very different. In Europe everything is old. You know, the houses are all old. They’re brick. In Texas, they’re all you know, kinda like here. They’re all filled of wood. Whereas at home everything’s brick and really solidly built because they’re meant to last.

Yeah, I have family still in Holland. My mother is there and I got two brothers. So, I go there at least once a year. Now, more like twice a year as my mother gets older.