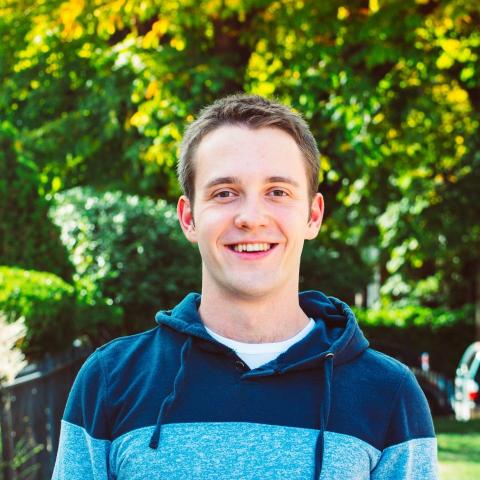 
Before moving to the United States, Nikolay Melnik lived a life of innocent childhood mischief and adventure in his small town of Kurchatov, Russia. Living the first nine years of his life, as he says, feeling like “the protagonist in a really exciting movie,” Melnik and his friends would spend the days together setting dumpster fires, playing tag on old rooftops, and looking for aliens.

When Melnik’s father won the Visa lottery, his family prepared to leave for the United States. His parents ultimately decided to come to the States separately, and in the summer of 2006, Melnik stepped foot onto U.S. soil for the first time with his mother and sister. Taking surprised note of the abundance of two-door garages, trampolines, and backyards, Melnik—not even a decade old—was met with the task of getting used to life on the opposite side of the world.


I am Nikolay Melnik. I am 21 years old. I am a UW student. I’m a senior studying chemistry.

I moved to the United States from Russia in August 2006. I was nine years old. We took a plane from Moscow to New York.

And, I remember—the very first night—falling asleep. And, I would get really weird, abstract thoughts as a kid. I realized that that home that I cherished so much was on the opposite side of the globe. Everything I ever knew was upside down from me. That thought scared me so much that I went to bed crying that night.

When you, when you feel bad about other things, the majority of the time, you cry, or there’s something you can do to change it. Like, there you felt completely—like I felt completely hopeless, ‘cause like, no matter what I do, I was hundreds and thousands of miles away from my home. So it was really weird.

When we moved here, everything was foreign.

Now I sit and I’m so happy that, that my mom made that move because my life is great compared to a lot of other peoples’ lives. But, back then, I would, like, go to bed praying every night that we would just go back. And that lasted for a very long time. Maybe, like, a year before I stopped being—I like stopped missing home as much.

I really wanted to just be in my own house and my own city because it was familiar. I think the need for familiarity faded. It—'cause it—I was—it was forced to fade, otherwise I’d just be bummed my entire life.

After a while, home became wherever, wherever my mom and my sister were.