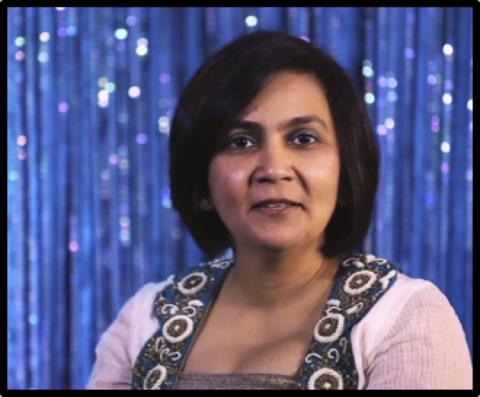 
Rathi Menon is a leading wedding planner and the founder and CEO of Rathi Menon Events. She has worked in Dubai, and then visited every country in the world aboard a navy ship with her family, after which she moved to Singapore and then to the US, which she is proud to call home.


Where (city and country) were you living before you came to the U.S.?
I was living in Singapore.

What caused you to migrate from your home country to the US?
My home country is India. We had been living in Singapore for six years and I was not happy living there. When an opportunity came for my husband to move here for work, we decided we'd try it out.

How old were you when you came to the US?
I was 32 years old.

What year and where (city and state) did you arrive in the United States?
It was 2002 and we came to Houston, TX.

What are your memories of your first day?
My first memory and why I liked Houston as compared to where I came from was how free people were. In Singapore, people are always in their own zone. When the flight landed, the passengers were so friendly, chatting with each other. People don't just start talking or asking things where I came from. In Singapore, people just do their business and they go off. We landed in Houston and everybody was like, “How are you doing today?” You know whether it's the immigration people or anybody… they make it a point to ask. They may not particularly care, but they are acknowledging you as a human being. So that is something that I found very unique in Houston. So I was really happy to feel that, coming from Singapore. That's one thing that I feel is very different in Houston.

What were your first impressions of the country?
Houston, as a city, is not very visually appealing to look at, you know, because it's very flat, especially when I came. But a great thing is that it is one place that just lets you be. You can have whatever you want and live in whichever way you wish. You aren’t forced to do anything. You can be laid back. If you are a person who wants to be proactive and do stuff and be busy all the time, you can. Places like New York and California don't allow you to have a choice. The everyday bustle is so much that you can’t be too laid back. But here, there’s a lot of freedom, and that’s a very American element.

What was the hardest thing about being an immigrant to the US?
You know, giving up my Indian citizenship wasn’t easy. It’s something I felt bad doing because I am really Indian at heart. So I felt it was really emotional for me to give up my Indian passport.

What was the best thing about being an immigrant to the US?
The most advantageous thing was definitely becoming a US citizen. It made traveling elsewhere very easy as opposed to being an Indian citizen, because we have all these visa requirements in India. That has really helped.