"I had a lot of friends who came here, we came together. We took the same flight." 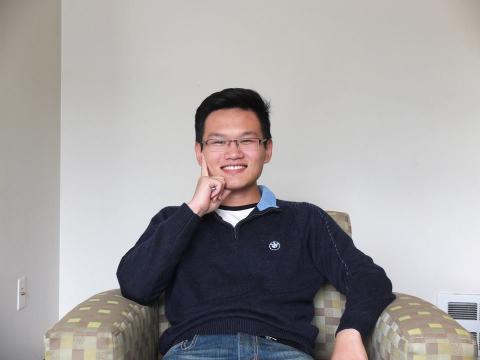 
My name is Siyuan, full name Siyuan Liu, I came from Nanjing, left when I was 18 from Shanghai Airport, and I came here to Seattle.

I’m here for school, so I am a student of the University of Washington. I had a lot of friends who came here, we came together. We took the same flight.

It took 18 hours. It was a four hour flight to Korea then we waited for two hours, and it was another 12 hour flight. I definitely couldn’t fall asleep, it was alright.

It was the first time I left China, if you do not count Hong Kong because I took the SATs there. I was somewhat excited and worried, because after I put so much energy into this, I always worried what if my visa went wrong, or what if I got stopped in customs and they just wouldn’t let me through. All these worries for nothing.

I was picked up by a friend of my father’s. We met in Nanjing.

I guess the the first culture shock would be my hotel. You know, it’s really old. It’s the college inn next to the ave, it’s this really old building and it’s cheap relatively. You don’t have a restroom in your own room, I had to share with two others, because we came together and got the flight and booked our room together. We were about to move into the same dorm, and basically I was like, sitting there, and having this jet lag, and there’s no private bathroom, only a sink, and I had to do all these things like getting a sim card, bank card, and I kind of messed it up because I put it the wrong password for three times and got locked. I had to call customer service. I thought my English was good but while we were in the restaurant, I was trying to do this, reset my password, but couldn’t get through. There was all this noise and my language skills weren’t as good as I expected, especially after the jet lag.