"It was so crowded that I was going to chart how much homeless you guys have here. Because we don’t have that much homeless in Egypt." 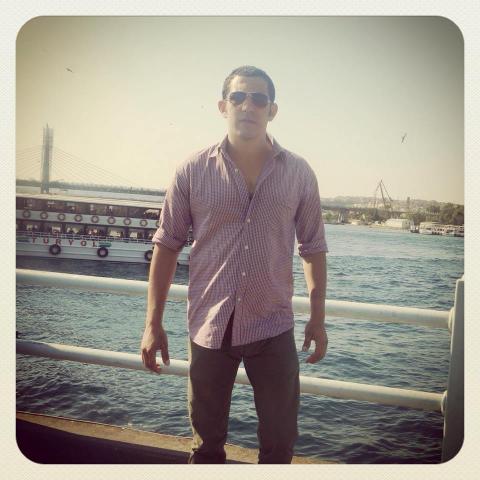 
Tamer Mohammed Albderouf moved to the United States in April of 2014 from Egypt. He was driven by the desire to make a living for himself and get away from the constant conflict on the streets at home, and his now ex-wife is from Seattle. Tamer flew from Egypt to Dubai, then straight to Seattle-Tacoma airport, to say he was in a completely foreign country is too literal, and a bit of an understatement. With him he only had his chef knifes and one suitcase, but an overflow of excitement to see new things. From the airport he took the train to Pioneer Square and walked around, fueled by his desire to try Mexican food, or what we call Chipotle. His rice bowl served as a metaphor to some discomfort he would later face, he still has no idea why you would mix warm beans with cold vegetables, but lets the point rest.

In Seattle Tamer is a line cook at one of Bellevue’s finest restaurants and is an Uber driver in between shifts. Our interview took place in his car while he was waiting for his next ride call and he explained a multitude of new experiences, like the first time he witnessed two girls kissing. Seattle is now home for him and each day he still packs up his chef knives and begins another new day.


I came from the airport to downtown Seattle. It was so crowded that I was going to chart how much homeless you guys have here. Because we don’t have that much homeless in Egypt. Officially there are really young guys and girls that are in the street just doing nothing in the same time they could go and work. And I remember that was really shocking to me… the first day when I saw two girls kissing each other in the street. I was like “Woah, what is that? Is these guys just kissing each other?”. Yeah, it’s just different. I thought for a second that that wasn’t real, like i didn’t see two girls kissing. I was like “Oh”, so I had to ask myself “Is these two girls just kiss each other?”. It was for sure exciting. I just wanted to walk around and see everything. And you know, what you want in life, you will get in some points in a good place. That’s it.