"I came here when I was 16 years old looking for a better future." 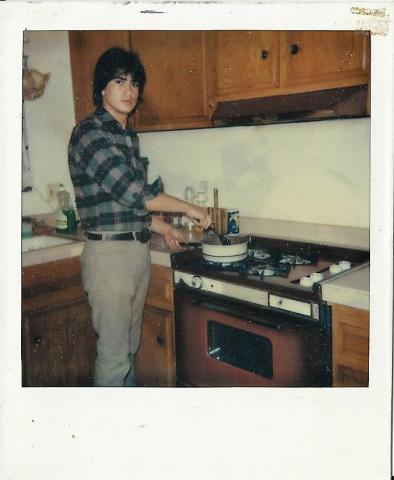 
Enrique Perez came to the United States in 1981, at the age of 16, in search of a better life in the United States. He is from a small town in Mexico called Anahuac in the state of Chihuahua where he says he shined shoes and sold ice cream bars in the streets as a kid. After completing the 6th grade, he was forced to quit school and begin working full-time in apple orchards and construction.

Unhappy with the meager pay, he decided to immigrate to the United States because he had heard that an hour of work in America paid what he earned in a day. He went to El Paso and got on a freight train en route to Anaheim, California.

He now lives in Kent, Washington with his wife Rosa Maria and his two children, Jacqueline and Enrique.


My name is Enrique Perez and I’m from Mexico. I came from – from a little town called Anahuac, Chihuahua. I came here when I was 16 years old looking for a better future.

I had my family, my friends, everybody there and I left all of that and, you know, came here and I think I found what I didn’t have there but what I had there I lost it, I left it there.

A friend of mine, Mario, he happened to be in Mexico. He went to visit his family. And then when he came back I asked him if he could, if I could come with him and, and the only way he knew how to get here was by train, a cargo train.

Man, that was tough. We took a train from El Paso all the way to Fontana, California. There in El Paso we just picked the train that he thought was the right one to California. And that’s where we wanted to go, to Anaheim California.

I thought this was a big city. The whole United States I—I just thought it was like in the movies. You know, I mean, I used to watch all kinds of movies but you always think of movies as in a set. And then I saw the houses actually like I saw them in the movies. I realized that it was not a set. It was filmed in cities. The things that shocked me the most were the bridges and, you know, the freeways and all those cars, thousands of cars.

But, you know, other than that it was just amazing. I decided that the U.S. was my home from then on and I’ve stayed here until today.