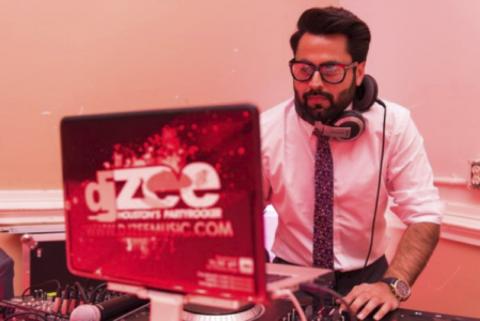 
Zeeshan Vasaya, or DJ Zee, is one of the top DJs in the Houston area. He is ‘Houston’s Party Rocker’ and truly knows how to bring life to a party.


Where (city and country) were you living before you came to the U.S.?
I was living in Mumbai, India.

What caused you to migrate from your home country to the US?
It was a family decision to move here for a better future.

What year and where (city and state) did you arrive in the United States?
I arrived in Houston, TX in 2004 or 5.

What are your memories of your first day?
I landed in Houston and my vision for America was the New York feel, so it was a bit different. And the very first noticeable thing was the roads, roads were so much cleaner, and everything was so organized.

What was the hardest thing about being an immigrant to the US?
I would say, to adapt to the lifestyle. To figure the structure of life here out....to know the basics.

What was the best thing about being an immigrant to the US?
I would say there's so much freedom to do whatever you like. Whatever your goals are, you can accomplish that. There’s so much more that you can do here. It’s truly a free world.