"I don’t know, maybe I will arrive there, and I will find a robot which is help me in everything." 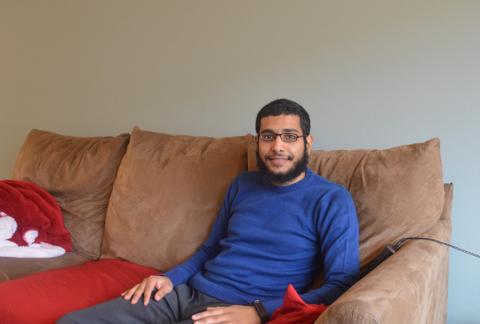 I don’t know what I was expecting, because I told you my expectation was high. I don’t know, maybe I will arrive there, and I will find a robot which is help me in everything.

Here, when the sun goes down, you will not see anyone. Everyone will just disappear – I don’t know. So it’s a scare to get out and there is no one. In Saudi Arabia it’s 9 or 10 in the night, and the street is crowded - so you feel safe.

Yeah, the social here is not like in Saudi Arabia. We always want to hang out together and have a lot of stuff to do. Here I don’t find any extroverts, or extroverts which I was expecting to. That’s in the beginning, so after that I start to adapt and I start to have friends.

The most thing surprised me here it’s – you know, in Saudi Arabia, the best restaurant for me is Subway sandwiches – I like it so much there. And when I came here and went to Subway and took sandwich…Come on, that’s Subway? Really? Even when I take one sandwich I can’t eat it all. I don’t know what’s the problem – why would they do something like this? Subway here is not that good – not like in Saudi Arabia.”