"We just, like, jumped out and ran around in the snow and then started pelting each other with snowballs..." 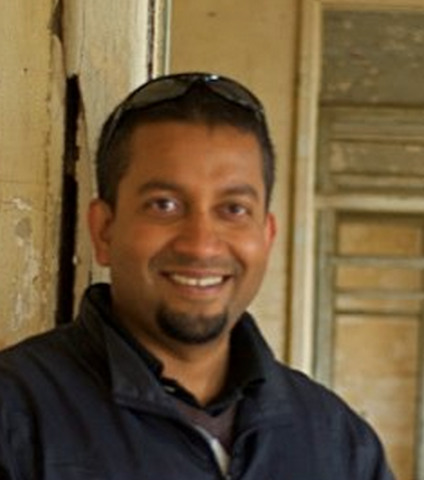 
... and then pretty soon it started getting cold. And I never had... where I grew up there was no winter. It was just less hot than the rest of the year. And, here it started getting colder and colder and I think that year they had a record snowfall. I had never seen snow before in my life. This was the first time I was, literally like, experiencing that. And they had a record snowfall in Chapel Hill and the university was closed for a week. It was a really fun time... just go out and play in the snow. It was just a wonderful time for me! I would just stay at home for a week, go out, catch a bunch of friends, maybe get some food... and then we saw the kids sledding around in the apartment complex. We just, like, jumped out and ran around in the snow and then started pelting each other with snowballs... a snowball fight.