First Days Project
My name is Kenneth Rowe.
"I thought maybe the CIA might be mad at me. I went behind their back. But they congratulated me!" 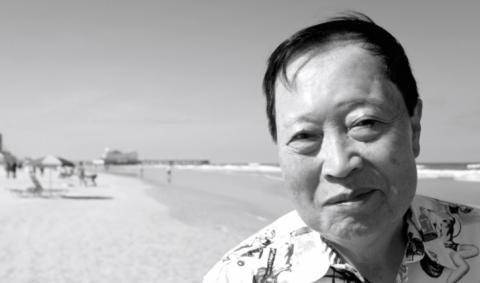 
When Kenneth Rowe stepped off a plane in San Francisco and began his new life in America, he made national news. It was 1954, the height of the Cold War, and Rowe had escaped from North Korea in dramatic fashion just a few months earlier.

He stole a Soviet-made North Korean MiG-15 fighter jet and landed it at a US air base near Seoul, South Korea. His story is weaved together with the history of North Korean founder Kim Il Sung in a fascinating new book called "The Great Leader and the Fighter Pilot."

Rowe, whose Korean name is No Kum Sok, was one of North Korea’s best fighter pilots. He flew dozens of combat missions during the Korean War. But he says the real reason he volunteered for the air force had nothing to do with patriotism. If he learned to fly, No thought, he might be able to zoom right over the heavily militarized border with South Korea and defect.

He did just that in September 1953, soon after the Korean War ended.

The newsreel footage of Rowe's arrival in the US shows the dapper young immigrant descending a set of stairs from the plane to the tarmac, where someone immediately hands him a small South Korean flag. “He’ll return to South Korea after a year of study in the US,” the newsreader says.

But that wasn't Rowe’s intention at all: He wanted to stay in the United States.

“I was impressed by San Francisco,” Rowe says. He did some sightseeing there, visiting the Golden Gate Bridge, Twin Peaks and Golden Gate Park. He was thrilled to be in America after dreaming about the place for years. But he was also worried.

“I was coming to the United States to live, [to] become a US citizen. Why was I worried? What am I going to do?" he remembers. "I need a job. I [need to] learn English. My English level was very weak. So, how could I get a job?” There was also his immigration status.

As a concession to the South Koreans, who wanted the young pilot to come back and join its air force, the CIA agreed to set up Rowe with only a temporary US visa. Rowe says he had to re-apply for the visa every six months. When he asked his CIA handlers for help getting a green card, he says they refused. So he gave up on them and looked for other help.

“I got very smart by then: I asked a US Senator from the state of Delaware. I asked him to introduce a bill through the US Senate," says Rowe, who had enrolled in at the University of Delaware. It worked: President Dwight D. Eisenhower eventually signed the law, and Rowe became a permanent US resident.

“I thought maybe the CIA might be mad at me. I went behind their back. But they congratulated me!” Rowe says with a laugh. Later on, he says he found out that the CIA had orders not to interfere if Rowe took the initiative to fix his immigration problem himself.

Rowe had other struggles settling into American life. In addition to learning English, it took several years for him to get permission for his mother to come join him in the US. But in 1957, she was finally allowed to enter the US.