"As a teenager I think one of the most important things in the universe is the friends that you have and family may not seem as important at that point." 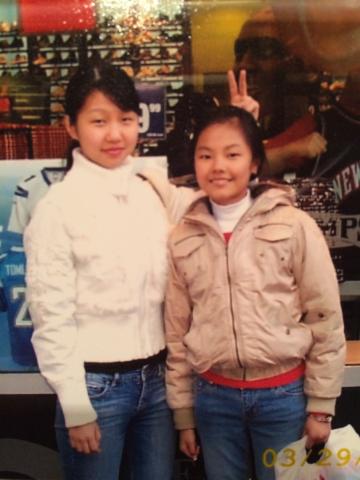 
Kristina Li, 24, was born in Uzbekistan and moved to Smolensk, Russia when she was 9 years old. She said moving at the time of two critical ages — 10 and 15 — was difficult.

“As a teenager I think one of the most important things in the universe is the friends that you have and family may not seem as important at that point,” she said. “I moved to a country where it was very hard for me to make new friends because I didn’t speak the language, we had cultural differences.”

She said she didn’t want to move to the States, and that at the time it seemed like “torture.”

At the time, she said, school was the biggest focus in her life, and the shift in the atmosphere of her schools was jarring.

“The schools are very different here, as well, in the way they’re structured,” she said. “Here you change classrooms, you change people, you change professors all the time, and that for me was confusing and it didn’t really allow for building that close relationship with people.”


My name is Kristina Li, I came from Smolensk, Russia. So I departed from Moscow, Russia in 2005 and I came to Seattle, Washington and currently I live in Spokane, Washington. I’m a student at Eastern Washington University and I’m studying to become a mental health counselor.

So, I moved at the age of 14 and it was a bad time to move. Moving from those friends that I had in Russia was really hard for me. I really felt like I did not belong to any group of people at first.

I don’t remember much about the day when we came to U.S. It was about ten years ago so it was a long time ago and plus I was only 14. Also, it was a really long day because the flight takes almost the whole day with transfers of airplanes and waiting in airports. I don’t even remember being on an airplane so by the time we got here I was exhausted. And I don’t remember arriving.

The first memory that I do have is when we already came to Wenatchee where we were gonna live and the first time we walked into the house, it was just — it was nothing official. Basically we had our stuff and we carried our stuff up the stairs, basically said “Okay, you live here now” and that’s it. it was not very exciting and celebratory. There was only my mom, Brian, my step-dad and me. After that I think I just went to sleep because I was exhausted.