"And the smell of the plum is really memorable for me. When I smell that, I remember my first day here in America." 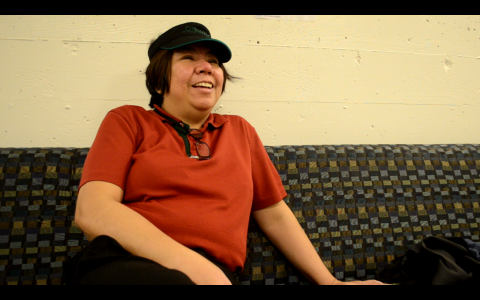 
5 p.m. for Subway at the University of Washington student cafeteria was still busy as usual. Maria Coballes, in a red polo shirt symbolizing her position as a lead, said that she’s tired and ready to go home.

From carrying five bread trays back and forth the kitchen in one hand, mastering the complicated Subway cashier system, to scheduling breaks for each staff according to customer flow, Coballes has got it all.

As a Filipino immigrant, this job doesn’t come with ease. Coballes was jobless for the whole year when she first arrived in Seattle in 2000 because she had to wait for the visa petition. Along with her 3-year-old son and husband, they came all the way from the other side of the Pacific Ocean to live an American dream.

There are about two million Filipino immigrants in the United States, among the fourth highest immigrant population followed Mexico, China, and India. Many Filipinos came believing that the United States provided better education for their children, and they could enjoy better social welfare in comparison to the broken system in the Philippines.

She said that in her home country, even though she worked very hard, there was no grantee that she could afford her kid’s college tuition. But in the United States, kids can go to college with the help of financial aid.

“It’s much better here for the kids,” Coballes said.

Moving to a new country meaning giving up everything back home and starting life all over again. Coballes was originally from Manila, the capital and also the largest city in the Philippines. Thus, the far distances between houses made her feel lonely, because she had nobody to talk to. Even worse, she couldn’t get a driver’s license due to the pending visa, so Safeway was the only place she hangs out everyday.

“But I’m still happy, because I’m with my family,” Coballes said.

When asked what advices she would give to Filipino immigrants who just arrived, she smiled, and said, “just try to enjoy their life here in America.” After pausing for a few seconds, she added, “Welcome to the new world!”


I took the airplane from the Philippines up to here, I’m with my husband, my son, and me.

Well, at the first time I got here after, you know, when we were in the freeway, I thought America is a nice, compare in the Philippines which the weather is so hot, but when I got here even if it’s on summer time, I was wearing jacket because I came from a tropical country, and when I got here it was summer, it’s still pretty cold for me.

So, when we got here… it’s fine, I don’t have a job for a whole year, I’m just sleeping the whole day, waiting for my husband.

Well, I’m… first time, you know, it’s so memorable for me, like now if I smell the plum, if I smell something you know that I… smelled last time when I was, you know, when the first time that I got here, I felt so… emotional, because I remember when I got here I had no job, I have to wait for my visa to get my job, to get a job here.

Yeah, at the back of our bedroom. And the smell of the plum is really memorable for me. Yea, that’s my first day. When I smell that, I remember my first day here in America.

Oh, and one more thing. When I got here, the thing is I don’t have a license yet, I cannot drive, I cannot go anywhere. I’m always at Safeway everyday just to enjoy my day.