"… [w]hatever image you have of a place… honestly think and have a look at what kind of society it is for all the people who live in it." 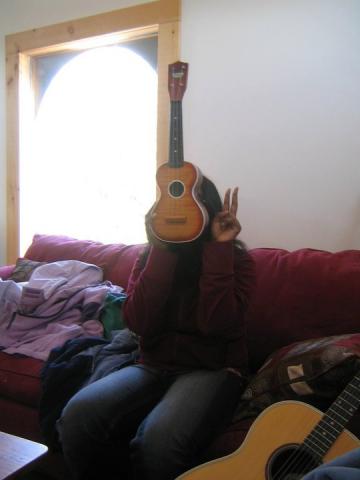 Srutika was not happy to leave her comfortable, liberal, and diverse community to come to America.

“Canada was my home.”

Srutika and her family made their immigration journey in cars.

“Most of our stuff…was sent in a shipping container. We arrived at one of the border stations after July 4th, I think. And then we went to the immigration office to get our temporary immigration papers (My sister and I were dependent on our parents work visas). And then once we crossed that border, we officially said goodbye to living in Canada. It was sort of sad, but perhaps I had prepared myself for it because I knew…for a year that we would move.”

Srutika had been to America many times before.

“In terms of culture, Canada, especially, Toronto shares a lot with the Northeast…USA. So I knew lots of things were similar. I could relate…”

“I lived in a neighbourhood where most of the population were kids of first generation immigrants, or first generation themselves, coming from South Asia[n] and Caribbean backgrounds. But…the neighborhood that we moved in… is very upper middle class mostly white paradise.”

These differences played a role beyond her first days in America.

“It's just so alienating as a person of colour who is used to being surrounded by people [to whom] you didn't need explain your culture too much. Also…I…saw how much funding the high school had compared to my high school back home in terms of resources... It's a very different culture.”

Srutika’s arrival in America, and departure from Canada, led her to miss out on some aspects of civic privileges and responsibilities.

“I certainly did miss my ability to live in a place where I could express my citizenship rights. Like voting [and] working legally without worrying about visa requirements. Being able to get state tuition. Being able to grow up Canadian during a time when my friends were learning about politics in Canada and be[ing] a Canadian citizen. I'm sure if I had access to these things in the states, I wouldn't be as nostalgic about Canada. But I think other things I missed were just being in a place where you didn't feel like a minority. In Brampton, even though I was a minority among the South Asian population, I still enjoyed the fact that I had really…diverse friends. And that, like me, not all of them were born in Canada.”

When asked what she wanted to share about her immigration experience and home country, Srutika said, “…[W]hatever image you have of a place…Honestly think and have a look at what kind of society it is for all the people who live in it. And also understand that, like any country, there are different ideas, people, cities, and communities within every country. Being aware of the diversity and also the limitations people have living in a country, especially if you're expected to be a model minority is hard.”