"It was massive and it was enormous with high ceilings and glass windows everywhere." 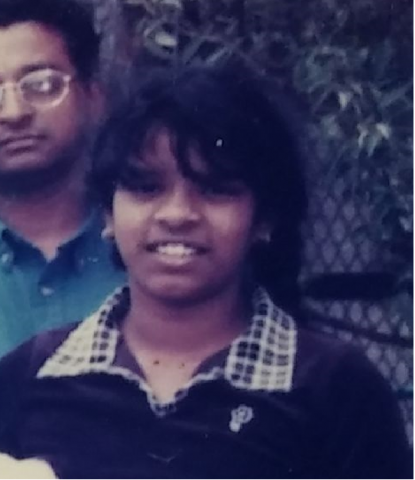 
Hi, my name is Swathi M. and I live in New Jersey, United States.

I went to the US in 1997, I was about 9 years old. Yeah, I was about 9 years old. And I think we landed in Dulles Airport, which now, you know, everybody kind of mocks for being the dullest airport around. But I think when I landed it was just soooo marvelous for me. It was massive and it was enormous with high ceilings and glass windows everywhere. It was just like the pinnacle of architecture when I landed. And everything just seemed bigger than life. And now I know it's just because cars in the US are huge. Cars and people. And everything else in the US are huge. I remember also driving from the airport and the roads just seemed massive and the islands in between the roads, like the grass islands, felt like parks. And I just thought, you know, we were driving on a mountainside somewhere, which I now know wasn't true. It was just a regular road.

I think we came to the house and it was empty. Our dad had come before the rest of us, so it was me, my mom, and my sister who had come about a couple of months after my dad did. And he did get the house kind of ready... oh, it wasn't empty. It was filled with basically the type of furniture that you'd get if you moved into someone else's house. So everything was very beige is what I remember.