"That was the glorious time in this society. Everything was full of optimism, full of new ideas, and people thought beyond themselves." 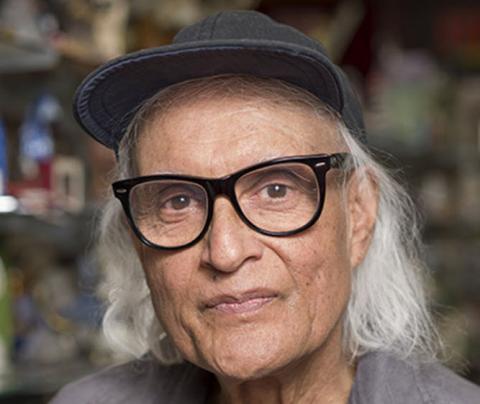 
I came here when I was nineteen as a student, so I had a different circumstances when I arrived here. You know, everything you’re looking forward to…you’re still feeling homesick but at the same time you’re looking at everything to know and learn and to be awed by things.

Refugees coming here, they don’t know what’s gonna happen. They don’t have any…future is not settled yet, you know? They have a tremendous burden. And plus, I had the knowledge of English which lots of people coming in, they don’t have that. Think about how much disadvantage that is, especially coming in in ’58. That’s when I arrived here. 1958. Long time ago. Long before you were born, right? *laughs*

So, you know, I had tremendous advantage. There was some good luck happened to me too. You know, I came as an undergraduate at Loyola at New Orleans and I arrived here latter part of September and next week I think it was the United Nations Day. And within arriving within maybe half a week here, I was talking to the vice representative in the United Kingdom at the United Nations. He was in campus for celebration of the United Nations Day. And yet, I’m sitting next to him, talking to him, and I thought, “Wow, what is this? This is….” And we talked about things like, you know, at that time China came to Tibet. And at the time, the Dalai Lama left Tibet and came to India and there was some question why India didn’t do something about that. And here, I am nineteen-year-old and I am talking about, you know, what the West did for Hungary when the Russian troops came into Hungary. You know, so I was talking to this guy who was vice representative or whatever they call----I think they call it the High Commissioner to the United Nations or something. We were talking about those kind of things.

And in 1960---that was 1958, and 1960 was John Kennedy’s---you know, the election and so forth. And in ’59, there was tremendous primary battle going between Humphrey and Kennedy. And Humphrey attracted me tremendously for his politics of inclusion and hope and his Civil Rights background and so forth. That excited me tremendously. Though later on I supported John Kennedy like any young people at that time. I was fascinated by him too, but in the beginning, I was supporting Humphrey because of his….you know, Humphrey was a pharmacist too. I became a pharmacist. And that was my…I was in pharmacy school at that time. So that attracted me tremendously and how his hope and his politics of inclusion and his background in the Civil Rights movement. So all those things took me in a different path. You know, that showed me the optimism of the society. You know, like in the ‘60s, you realize, you know, if you get together, organize, and really believe in some issues, you can change the government policy. Like the Vietnam War, Civil Rights Movement, you know, Women’s Movement, movement for environment like Silent Spring and all those things. That was the glorious time in this society. Everything was full of optimism, full of new ideas, and people thought beyond themselves. So that was a fascinating time for me.

I came in the right time at the right age to soak in all the development that was going on in this society. And I felt, you know, after coming from a society like----I came from India where the young people are not supposed to express new feelings. It’s the older people that dominated the intellectual trends and so forth. And here I come and I realize that I’m nineteen-year-old and this guy who is big shot in the United Nations is listening to me intently. And I remember that there was a function or something---I met him in the daytime between our breaks at the school. There was a function at night and he seeked me out and told me to sit next to him. You know, I thought, “Wow, this guy is valuing my opinion!” You know? And I remember the next day when I was walking back to school, I felt so free because in India you didn’t feel that. You felt that you’re not to express anything. It’s the older people who will decide what you’ll be talking about, what ideas you’ll be talking about, and all those things. So that stayed with me, that optimism and this aspiration stayed with me all through my life.

That is our biggest strength is immigration. All through our history in America, immigration is such an important thing because it keeps us with new ideas, new energy, new inspiration, and all those things. And an immigrant sees this country in a much better way than people who grew up here. That we have a much better idea what this country is. Both the potential of this society, the goodness of this society, and also what we have to do to make it even better.