"So whatever we were leaving behind it was supposed to mean it was worth leaving Ukraine." 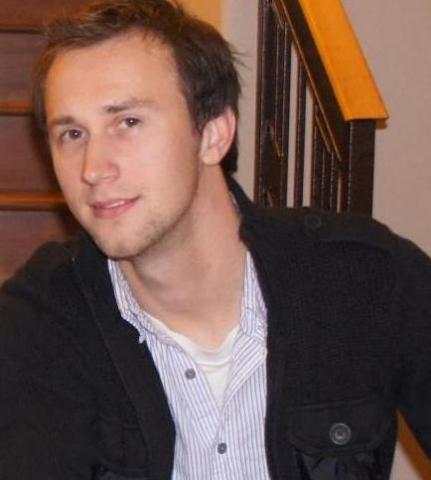 
The name of the town called Vinnytsia. It wasn’t a downtown city. It was more like where you have farming around. Going on. The hardest thing I left back at home in Ukraine was my friends. Like the feeling that you are leaving your memories behind. You are kind of not ready to let it go because you know you might not come back and the feeling that you might not come back, so this is it we are leaving. Most people from Ukraine who were going to America knew they were going to have a better life. It was just a normal thing. We just always knew that. So whatever we were leaving behind it was supposed to mean it was worth leaving Ukraine.

I think I was nine years old when I came to the United States in 1997. First thing I remember coming to Washington was that I arrived at night. You have this happiness that you are somewhere else and that you feel welcomed. My first week living in Auburn in America I experienced looking outside and just airplanes flying over your roof. I would get on my bike and ride around my neighborhood to see if there were any kids playing outside.

I established a company called Life and Vision Production. My motivational thing for this company is to inspire others to watch videos and talk about real stuff and real life. And so my film production had a chance to go film in different countries. I went to Africa with an organization called S and BS and we were sent there for about four months and so I had a chance to go there and I traveled to India. So then I filmed it and edited it, and showed people what kind of life other countries have. For me, I just have been blessed to have opportunities to see that and appreciate what we have in America.