"I remember being so exhausted, and my daughter who was two and a half years old then, kept saying 'Hikoki, Hikoki,' which means plane in Japanese." 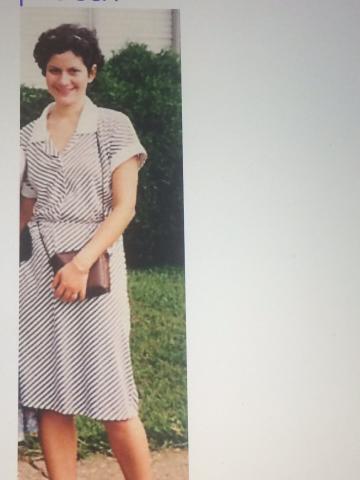 My name is Isha Bhattacharyya and my middle name is Isabelle. My father was from Calcutta and my mother is from France.

We landed at JFK airport on May 26, 1986, my husband, daughter and I. We had been living in Tokyo and moved to the U.S. because of my husband's new job.

From JFK we flew on a commuter plane to Philadelphia. By the time we landed it was late evening and getting dark.

I remember being so exhausted, and my daughter who was two and a half years old then, kept saying "Hikoki, Hikoki," which means plane in Japanese. As we arrived here, I was quite apprehensive about our future.

Our first week was spent at the former St. Davids Inn, now called The Radnor Hotel. Technically, my first morning here, I pushed open the heavy drapes in our hotel room and saw a gleaming, glass building, and I thought to myself, "wouldn't it be nice if I could get a job in this building?" Nine months later, indeed, I did start working in that very building for Wyeth Pharmaceuticals. And we currently live just a few blocks away from that same building and hotel!